WASHINGTON — President Biden on Thursday sought to revive the nation’s stalled push to vaccinate Americans against the surging Delta variant of the coronavirus, announcing new requirements for federal workers to be vaccinated and urging local and state governments to offer $100 to anyone willing to get a shot voluntarily.

He also ordered the Defense Department to move rapidly toward requiring coronavirus vaccines for all members of the military, a step that would affect almost 1.5 million troops, many of whom have resisted taking a shot that is highly effective against a disease that has claimed the lives of more than 600,000 Americans.

The announcement marked the first time he has suggested that a mandate could come for active-duty members of the military before any of the three federally authorized vaccines receives full approval from the Food and Drug Administration.

In a speech from the East Room of the White House, Mr. Biden effectively conceded that the worst-in-a-century viral scourge he once thought was under control had come roaring back, threatening public health and the economic recovery that is central to the promise of his presidency.

But after months of trying to persuade and cajole, the president on Thursday cast the crisis as one that pits the vaccinated against the unvaccinated, and said those refusing to get a coronavirus shot should expect inconveniences as long as they decline a vaccine that protects them and others from illness and death.

Mr. Biden said that federal workers who remained unvaccinated would have to submit to testing as often as twice a week, be restricted from traveling, and be required to wear masks and remain socially distant — essentially creating a two-tier system for the government’s more than two million civilian employees and hundreds of thousands of private contractors who work at federal facilities around the world.

The move stopped short of a vaccine mandate for federal workers. But the president said he hoped that by imposing new requirements on daily work life, more unvaccinated federal employees will choose to get a shot.

Mr. Biden said he was ordering agencies to find ways to ensure that all federal contractors — even those working for private businesses out of their own offices — could be required to be vaccinated as a condition of their work with the federal government. That could extend the president’s plan to millions more workers, including those in places where vaccination rates are stubbornly low.

“If you want to do business with the federal government, get your workers vaccinated,” the president said bluntly.

Mr. Biden urged companies and local governments to mimic his new vaccine requirements for federal employees, which he noted had the support of the U.S. Chamber of Commerce. The group said on Thursday that the president’s new rules were “prudent steps to protect public health.”

But the administration’s move quickly sparked consternation from some of the federal government’s largest unions representing teachers, police officers and postal workers, who called for negotiations on the subject.

“Forcing people to undertake a medical procedure is not the American way and is a clear civil rights violation no matter how proponents may seek to justify it,” Larry Cosme, the president of the Federal Law Enforcement Officers Association, said in a statement.

The president also announced that small and medium-size businesses would be reimbursed for providing paid leave so employees and their families could get vaccinated. He called on school districts to host a “pop-up vaccination clinic” to get children vaccinated before the start of school. And he urged private businesses, sport leagues and other institutions to get their employees vaccinated.

Appealing directly to Americans who are “unvaccinated, unbothered and unconvinced,” Mr. Biden asked them to recall the depths of the lockdowns during 2020 and to “really remember just how dark that winter was.”

“With incentives and mandates, we can make a huge difference and save a lot of lives,” he said.

Coronavirus vaccines are available to Americans ages 12 and older. But as of Thursday, just 57.7 percent of those eligible were fully vaccinated, according to data collected by the Centers for Disease Control and Prevention. The figure is much higher among the oldest Americans; nearly 80 percent of Americans 65 or older are fully vaccinated.

During his campaign against former President Donald J. Trump, Mr. Biden promised that he could vanquish the virus despite the polarized politics of the country he inherited. Just weeks ago, Mr. Biden hosted a Fourth of July party at the White House to declare “independence” from the virus. Now, he must reckon with rising caseloads and hospitalizations that are threatening a return to work and school in the fall.

Behind the scenes, Mr. Biden’s top public health officials have been deliberating for weeks, including in daily calls, about the best way to push more people to get vaccinated without prompting legal challenges or an anti-vaccine backlash.

A July 27 internal assessment for the senior leadership of the Department of Health and Human Services delivered the grim news about the trajectory of the pandemic: deaths up 45 percent from the previous week, hospitalizations up 46 percent and cases surging. “Since the lowest value observed on June 19, 2021, cases have increased 440 percent,” the assessment concluded.

Aides said the president hoped his solution could become a model for state and local governments and businesses around the country. But his announcement on Thursday lagged the efforts of many of those very institutions, which moved more quickly than the Biden administration to grapple with the issue.

Mayor Bill de Blasio of New York and Gov. Gavin Newsom of California both announced on Monday that they would require hundreds of thousands of government workers to get inoculations or face weekly testing. Gov. Andrew M. Cuomo of New York soon followed suit.

Numerous businesses — including Netflix, Saks Fifth Avenue, The Washington Post, Ascension Health, Lyft, Google and Morgan Stanley — all announced get-tough policies that require their workers to get shots as a condition of employment. Unvaccinated workers at MGM casinos will be tested regularly, at their own cost, and if they test positive they will be required to quarantine.

In a joint statement this week, dozens of medical groups, including the American Medical Association and the American Academy of Pediatrics, called for all health care and long-term care workers to be vaccinated. The Department of Veterans Affairs became the first federal agency to require many of its employees to get a shot. The Centers for Disease Control and Prevention revised its earlier stance and recommended that vaccinated people wear masks indoors in areas where rates of transmission are high.

“This is a very fluid situation,” said Dr. Richard E. Besser, the chief executive of the Robert Wood Johnson Foundation and a former acting director of the C.D.C. “There’s a lot of uncertainty and change.”

Understand the State of Vaccine Mandates in the U.S.

College and universities. More than 400 colleges and universities are requiring students to be vaccinated for Covid-19. Almost all are in states that voted for President Biden. Hospitals and medical centers. Many hospitals and major health systems are requiring employees to get the Covid-19 vaccine, citing rising caseloads fueled by the Delta variant and stubbornly low vaccination rates in their communities, even within their work force. In N.Y.C., workers in city-run hospitals and health clinics will be required to get vaccinated or else get tested on a weekly basis. Federal employees. President Biden will formally announce on Thursday that all civilian federal employees must be vaccinated against the coronavirus or be forced to submit to regular testing, social distancing, mask requirements and restrictions on most travel. State workers in New York will face similar restrictions. Can your employer require a vaccine? Companies can require workers entering the workplace to be vaccinated against the coronavirus, according to recent U.S. government guidance.

Few in Mr. Biden’s administration doubted that the president could force federal employees to take the vaccine as a condition of employment. But a heavy-handed mandate was more likely to backfire, most argued.

The solution Mr. Biden announced on Thursday is aimed at sidestepping accusations that the president is using the power of his office to force shots in people’s arms. Instead, officials hope the new workplace rules will make employees want to become vaccinated.

When it comes to the military, Mr. Biden signaled that he could take a tougher stance.

As commander in chief, the president has the authority to order the troops to take an experimental vaccine — a move that would have a deep reach into areas of the country with low rates of vaccination. The bulk of federal workers live in the Washington region, including the Maryland and Virginia suburbs, where rates of vaccination are already high.

“I think it would have a much bigger impact in parts of the country that have low vaccination rates and also get into populations that have been reluctant and hopefully show them that getting a vaccine is not problematic,” said Dr. Ezekiel J. Emanuel, a bioethicist at the University of Pennsylvania who advised Mr. Biden during his transition.

Many members of the military have been reluctant to take coronavirus vaccines. Dr. Besser said he was surprised the administration has not required them to do so sooner. Military leaders cannot require the shots because they are currently authorized on an emergency basis. Mr. Biden could order them, but has been reluctant to exercise that authority.

But Dr. Besser said Mr. Biden’s move “makes sense,” adding, “It’s highly contagious, people in the military are in very close quarters with each other, and in terms of force readiness you wouldn’t want to see Covid ripping through unvaccinated soldiers.”

Senator Mitch McConnell of Kentucky, the Republican leader and a polio survivor, encouraged people to get the vaccine. With the virus on the rise in conservative swaths of the country, Mr. McConnell is among a handful of Republican leaders who are now explicitly calling for vaccination.

“Honestly, it never occurred to me we’d have difficulty getting people to take the vaccine,” he said.

Dr. Patrick Godbey, the president of the College of American Pathologists, which is advocating for greater use of Covid-19 testing, said even before Mr. Biden spoke that the events of this week had changed the discussion. His own medical institution, in Brunswick, Ga., has not yet required workers to get vaccinated, he said.

“People are now looking at it; they are evaluating it in their own institutions, and that’s an important step forward,” he said, adding, “It’s a real line in the sand when the federal government comes out and does it.” 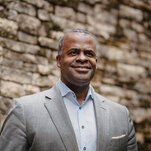 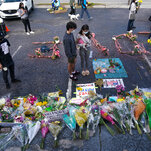 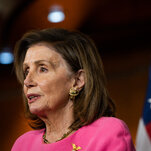 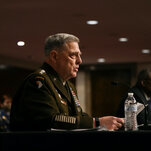 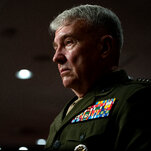 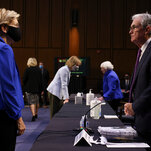